We have all had some extra time on our hands as we wait out the current pandemic. With no end in sight to our economies financial turmoil, I have decided to not take the advice of “LLC Twitter” and “start a business.” I opted to finally start reading dust ridden books that were brand new once upon a time. 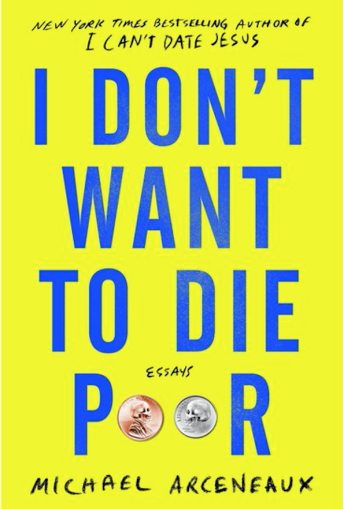 I Don’t Want to Die Poor: Essays by Michael Arceneaux

“And so we are clear, if I were to change my mind, I would never, ever create a religion based on Beyoncé. Not only would that be predictable from me; it’s also offensive to my lord and gyrator, who loves Jesus. She would also sue me for copyright infringement.” – Chapter 4, K Street Thot (and Other Careers Considered)

I Don’t Want to Die Poor is the second book by New York Times Bestselling author, Michael Arceneaux. A lot of relatable topics are discussed in this work of art such as crippling student loan debt (hence the title), moving back home with your parent(s), and almost allowing the beauty of a complete stranger to influence your university choice. Arceneaux’s humorous wit makes you stop reading momentarily to throw your head back and cackle. The honesty and cleverly titled chapters makes this book very easy to read cover to cover. 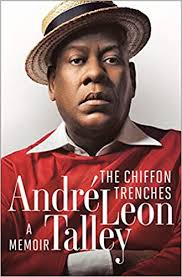 “I was aware I was the only black person sitting on the front row in Paris at haute couture. There was a corresponding pressure that I had to behave a certain way. I felt a responsibility, as a black man, not to fuck up.” – Chapter 4, No Chapter Titles

My bias will always be on full display when it comes to André Leon Talley. André and I are both Libras from Durham, North Carolina who graduated from North Carolina Central University. See where I’m going with this? The Chiffon Trenches is Talley’s second memoir. There was a lot of controversy surrounding the release of this highly anticipated publication. From his up-and-down friendships with Anna Wintour and Karl Lagerfeld to navigating realms of the fashion industry as a southern, gay, Black man, Talley does not disappoint with this page-turner. 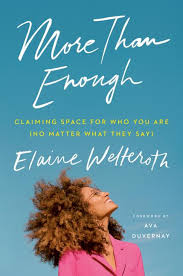 More Than Enough: Claiming Space for Who You Are (No Matter What They Say) by Elaine Welteroth

“There is hustle and there is flow, and you cannot successfully achieve one without the other.” – Chapter 21, Burning Out

This is one book that I did not allow to catch any dust. As soon as Elaine Welteroth’s book was delivered months ago, I lit a candle, silenced my phone and fixated on Welteroth’s journey through adolescence and workplace microaggressions to becoming Editor-in-Chief of Teen Vogue. After a recent re-read, I found myself loving this New York Times Best Seller even more! Welteroth has a gift of making the reader feel as if he or she is catching up with an old friend.

Read with me! Here’s what’s up next: